Not a Lot of Design Jobs Out There

I know retail is hurting, but there aren’t that many design jobs posted, at least on Stylecareers. Are people moving away from the site? Or is business that tough?

I mean regardless of what the news says we’ve been in a recession. I don’t care if it feels like one either. The rule for a recession is 2 or more negative quarters of GDP and we saw this happen months ago. So why all of a sudden ppl want change the definition is crazy. I guess when we have a 3rd maybe ppl will officially call it one. But with that being said…. Jobs slow down during a recession. For my area of design jobs started to become scarce at the end of summer. You also have to take into consideration the time of year. Layoffs tend to happen in the last quarter and hiring resumes in the 1st quarter. So maybe after the new year you will see a slight change? But yes I think all over jobs in design a at a low.

You make some good points. I would bet the reason it’s not being called a recession is that there’s still consistent hiring, and over all, those wages people are being hired at are higher than historical averages. And those lay-offs that have happened in the economy seem to be concentrated in only a few industries (at least that’s how the news reports it.) And I think we’re only moderately aware of the people who have “left” the job market, because, it seems like there are a lot of those and we might not see what that brings for years.

I suppose I might be an outlier, my jobs have generally begun at the end of the year ¯_(ツ)_/¯.

We’ve actually added a lot of new companies to StyleCareers.com recently; new companies and old customers that we lost during the pandemic. I think there are two main things going on right now. First, we are in a recession; brands and retailers had billions in orders cancelled by Target, Kohls and Walmart in the last two quarters; whole design teams were being laid off.

Second, the wage transparency law in NY was VERY poorly executed and a lot of employers don’t know how to deal with it. It’s so bad that we’ve had companies pull ALL of their NYC jobs until their legal teams can provide guidance (best intentions?).

I bet that companies have an unofficial hiring freeze until the new budget year starts.
Also, retailers are sitting on a ton of inventory.
i just read that HM will be laying off 1000 people.

low end/ mass market companies are suffering the most now. High end companies are doing well, despite the drop in stock market value this year. Therefore, it depends upon which sector that you work in.

Definitely less jobs, what I see is specialized category like denim/sweater, in general… I dont see much since end of Summer-
Retail is doing bad, so much cancelation and underperformed sales, now mid/lower class customers ar actually closing their wallets.
Ive been looking for jobs since Summer- only sees associate/designer, havent seen much senior++

GrandPoobah, companies are perturbed that their poker game is over and they need to be honest about salaries. They held all the cards in the old game as they KNEW what the salary position was budgeted for or what the existing salary was. This exploited a potential hire, who may not have the skills to deal with this. Other countries are not like this.

I don’t disagree. Personally, I wish both parties would be more upfront about compensation.

On the employer side, when salary requirements are requested in the job listing, most job seekers either, don’t provide that info OR don’t apply.

Transparency would be better all around. 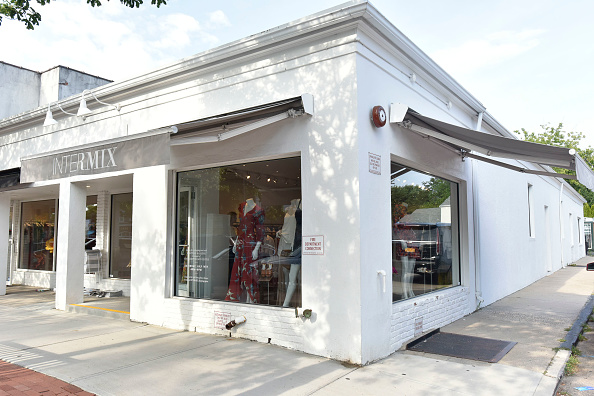 Intermix Asking Brands for Deep Cuts on Their Outstanding Payments on Current...

The multibrand retailer has a new owner, Regent L.P.